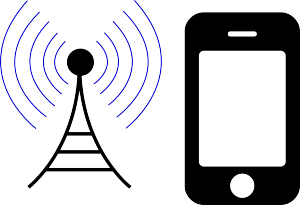 Wireless communication imposes immense challenges on receiver design in case the transmitter and receiver are not synchronized. Strongly centralized network topologies such as cellular communication networks rely on high-quality hardware at the base transceiver station (BTS). This allows the network to be in sync with a common external signal (such as GPS). On the Mobile Station (MS) side, however, it cannot be guaranteed that such an external common clock signal is available at all times. Therefore, the BTS transmits synchronization data which allows the MS to synchronize in time and frequency to its serving BTS. Each cellular standard (GSM, UMTS, LTE) has its own set of synchronization signals. In this work, the case for LTE and LTE-Advanced shall be analyzed.

During this project, the student is asked to find a complete synchronization approach for the LTE system and test it on an RF/FPGA testbed. The testbed includes an RF chip connected to an FPGA which in turn is connected to a PC.

A handful of publications dedicated to LTE synchronization offer solutions to parts of the problem only. In particular, [1] only offers a solution for FDD systems using normal cyclic prefix (CP). It even omits the fact that the first CP within an LTE slot is longer that the remaining CPs. This discrepancy is covered in [2], where also the extended CP is considered. Even though [2] states that an extension to TDD systems is straightforward, many details have to be considered for a hardware implementation. At least in [3] a dual mode receiver (FDD and TDD) is considered and a solution is offered for SSS detection. All previously mentioned publications assume a priori knowledge of the LTE center frequency. [4] addresses this issue for TDD systems only, where as [5] offers a solution for FDD and TDD center frequency detection.